skip to main | skip to sidebar

We have some great new places to go to and people to learn from in the next series of classes from Design Guy University! 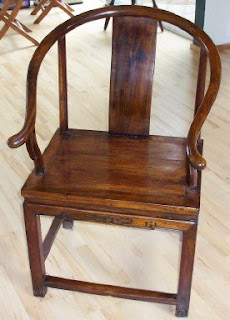 September 16th. - R. Ege Antiques: “The objects in my shop are things your grandmother never had.” This store is great. He has been voted the best affordable antique store in St. Louis and also the best window display in the city. You'll see why when you walk through the door. Whimsical items, antiques, everything from 19th furniture to paintings, to very, very unusual accessories and mineral specimens and shells. Learn about his buying trips to Europe and his shows that he participates in located in other cities. We'll talk about how to pick out the right thing and how to train your eye to find just the right object for your space. 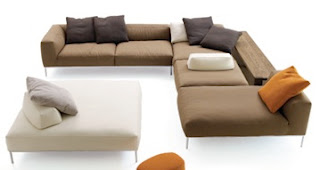 September 23 - Centro: We'll take a look at St. Louis' only higher-end modern design store with the top designers from Britain and Italy. We'll see trends in modern lighting from their Artemide showroom as well as discuss principals of modern design and how to integrate modern and new together. 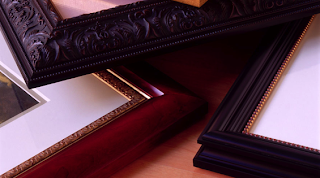 September 30th - Mark Buckheit Framing: The framer for the St. Louis Art Museum, the Contemporary, and various galleries around town, we'll tour his studio, see some marvelous artwork and also learn how to frame things properly. I'll have a handout on some tips/hints that you can use. (please note: there will be several flights of stairs to climb for this particular tour. If you cannot do this, please contact me) 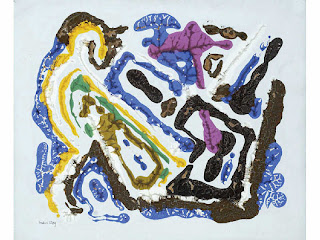 October 7 - Ivey-Selkirks:  Go behind the scenes of Ivey-Selkirks. We'll have a lecture on how auction houses work, you can ask questions, and we'll also get a preview before anyone else in St. Louis of some paintings/furniture from their upcoming auctions including the Modernist auction in November and their monthly auction. I'll show you my pics and some possibilities of what you can buy and use for your home. 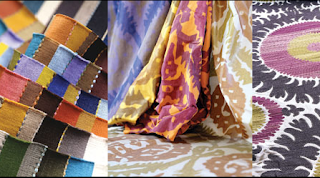 5. Donghia: Catie, my local rep for this internationally known line of fabric and furniture will preview the new fabrics for fall. It's exciting. She'll have real, large samples to share. Everyone will love this opportunity.

For the first class, we will meet at R.Ege's shop, when you send in your registration, I'll then email you directions closer to the time of the class.
Cost is $98/per person for all 5 classes. You have a choice from 2-4pm OR 7-9pm whichever you choose. I do need a commitment from you for either time so I can see how many students are available each time.
Email me at tjadeninteriors@yahoo.com for more information. I can even send you a registration form. Our website should be updated soon with the current information.
EXCITING STUFF!!!

Coming late fall/early winter: Christmas decorating. I'll share my experience decorating the second largest house in St. Louis for the holidays. The lecture will be on Florist Row in St. Louis. 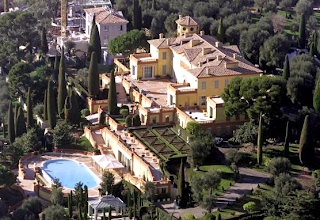 Just out in the New York times and various news programs, a mystery Russian Billionaire bought this house on the French Riviera for a staggering $748 Million. How much is too much? Apparently according to top world real-estate agents "..people in this income bracket, we don't show them anything under $100M anymore... "

This one was acquired by King Leopold II in 1902. Not too much is known about this house except the fact that it has 19 bedrooms. Sorry, no inside photographs... perhaps they'll surface eventually. It was previously owned by a Lebenese banker's widow who held out on the sale. I think she did well. 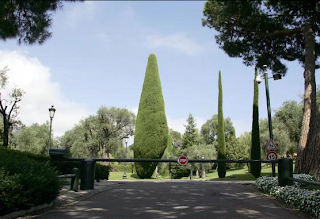 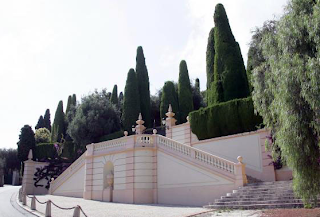 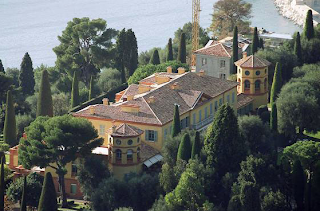 Previously, the record was held from the purchase of a London mansion, located on a street dubbed Billionaires` Row on Kensington Palace Gardens, fully furnished and with an art collection, to Indian steel king Lakshmi Mittal for $230 million. He called in a design firm
to come and put some changes to only the Taj Mahal would compare. 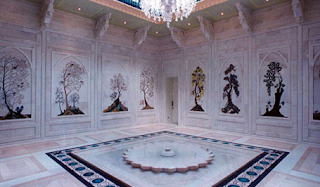 Pool inlaid like a Persian carpet with semi-precious stone surrounded by white marble jali screens inspired by the Taj Mahal. 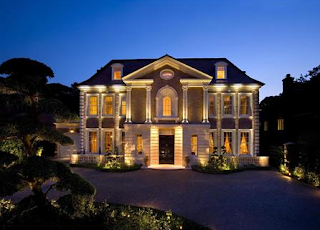 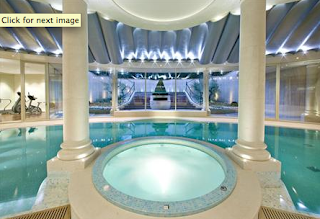 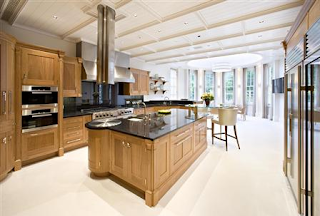 I long (privately) to have a modernist house in a Zen style unlike my tossed about very 'full' place here. Good design is good design and I wanted to show you some really great modern designed items for your home that I would choose personally for my house. Iceberg Table
Designer: Thien and My Ta Trung
I chose this because it's so hot here... and this is cool as winter itself. Each piece is a perfect snowflake laser-cut from steel. And if you have a great floor or rug you can enjoy that too.. it just seems to float on a floor. Someone asked me if you needed glass atop of it, and I thought... well, maybe a tray. AQHayon Bathtub
Designer: Jaime Hayon
Luxury, let's face it. Baths used to be the epitome of elegance. I saw the new release of Brideshead Revisited and the bathroom that Sebastian was bathing in was... well, stunning. It reflected the status of the home owner (i.e. Emma Thompson) and the quality of everything in Brideshead. Well, who needs a movie? These days are back with the exquisitely designed AQHayon Bathtub. With a variety of ceramic accessories to customize it (they have a sink, too). Relax, unwind, and end a stressful day with a long soak in what will soon become your favorite room in the house... Also available in black, gold and platinum. It also has (for an upcharge) a ceramic tray for bath products, an ashtray for those that still partake in that, and a few other options. But it's killer, face it. Wow. Ruby Cube
Designer: J.P. Meulendijks
Based on the original Rubik's cube, it's made from cthe same color special acrylic plates that change color when viewed from different angles. How cool is that. Colors change from dark green to grey to aubergine (you haven't heard that color in awhile). Glow Brick
Designer: Sam & Jude
OK, this is just plain cool. It's a (real) light bulb set in a clear solid acrylic brick. How does it work? It recharges from energy in natural light during the day - glows at night! Talk about eco-friendly. I could see a bunch of these even outside down a path ( I wonder if that would work? hmm Not sure if they're water proof, but I bet they are.) PZL Slot
Designer: Giuseppe Colonna Romano
This lamp is made of four interlocking, colorful shapes. It's scale and luminosity would create an equally striking effect on the wall or floor. Shown in the picture are, I believe, 4 of them placed on the wall.